Home » THE MAIN HEWS OF THE ASSOCIATION » International conference “Economic, legal and financial aspects of Eurasian integration and the experience of the European Community

International conference “Economic, legal and financial aspects of Eurasian integration and the experience of the European Community

In Moscow, December 4, 2014, the International Conference “Economic, legal and financial aspects of Eurasian integration and the experience of the Europeancommunity.”  International Conference was organized by FBA CS, and the International Academy of Economics, Finance and Law (IAEFL). Topics for discussion were the creation of the Eurasian Economic Union, the financial and currency regulation of the EAEC, the problems of Eurasian integration. The Conference was attended by over 120 participantsfrom 23 countries. Presided over the Conference, the Executive Vice President of RSPP, Chairman of the Coordination Council of FBA CS Alexander Murychev. 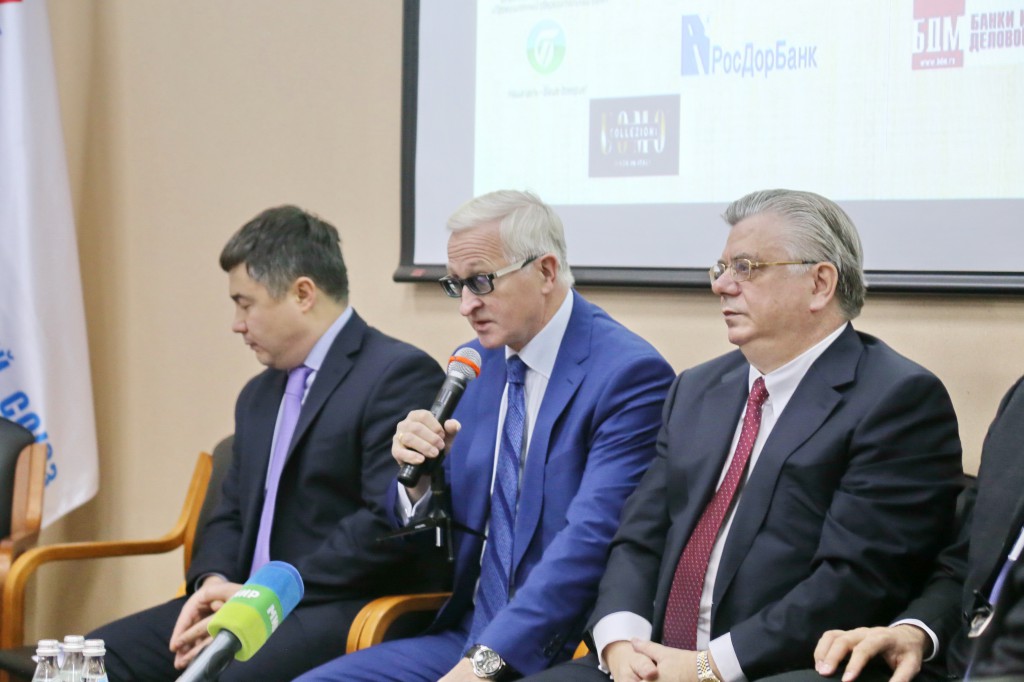 The speaker was President of RSPP Alexander  Shokhin. He said of the importance of Eurasian integration for the Russian Federation, and invited participants to the conference to look for ways of integration.

Made a report to the Minister of the Eurasian Economic Commission for Economy andFinancial Policy Timur Suleimenov and said that today the EurAsEC countries have eliminated all the political and economic constraints between their countries. Exceptions are drugs and alcohol, but already prepared an agreement on excise policy on alcohol. The adoption of the agreement is under discussion.

The Minister noted that in the years after the creation of the union, trade between the three members of the EEC increased by 2 times, and mutual investments increased by 15%. Formed a single financial market, but it takes time. We can talk about 2025 year.

Separately, the Minister spoke of cooperation with China. China – a very promising platform for business, and it is necessary to develop a dialogue with the SCO.

Chairman of Coordination Council FBA CS Murychev Alexander, Executive Vice-President of the Russian Union of Industrialists and Entrepreneurs talked about the importance of creating a single financial market and the development of the Eurasian Economic Community roadmap financial services market. 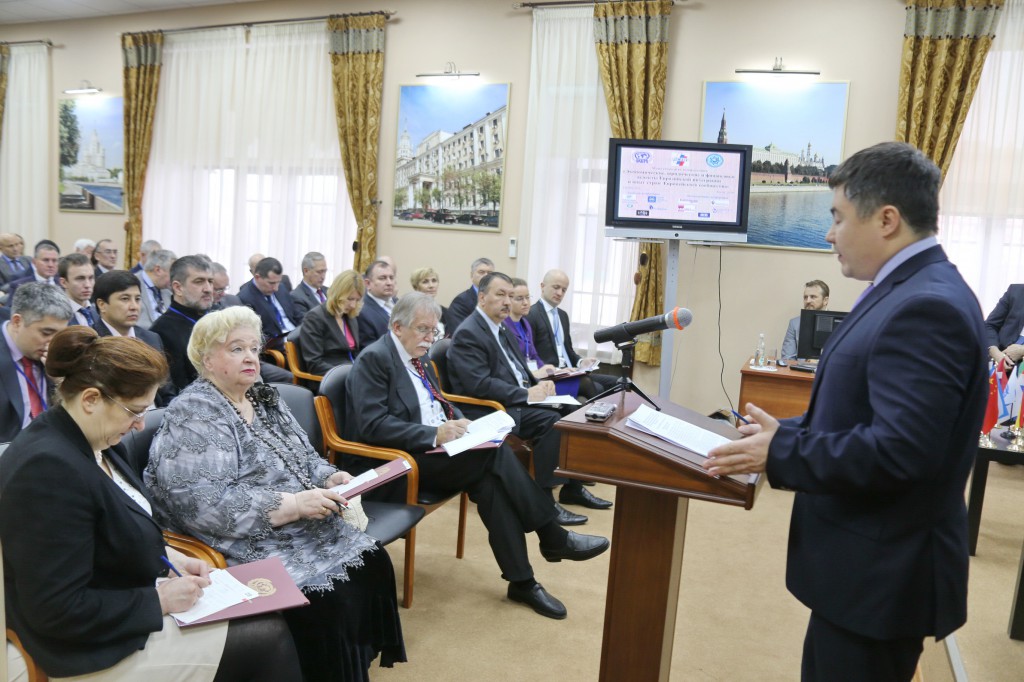 Vice-President of FBACSKanavskiy Sergey Executive Secretary of the SCO Business Council, President of the Business Club of the SCO said that Russia, Belarus and Kazakhstan - members of the Eurasian Economic Community, and these countries are members of the SCO. Integration processes within the framework of any economic unionsare extremely complex. Within the framework of the SCO, which shows the palette countries from Tajikistan to China. We try to take into account the interests of all countries of the SCO, regardless of the magnitude and extent of their economic development. For Europe, the SCO – is primarily a transport artery from Asia to Europe. We are doomed tocooperation with the EU, BRICS, if we want to survive the EurAsEC.

All speakers agreed that today we need to work more closely within the framework of any political and economic associations, to exchange accumulated experience, to find common ground on the most pressing issues of international cooperation, giving priority is not the political ambitions of individuals and the interests of the people of their own countries.